Record amounts of capital invested in the European tech industry 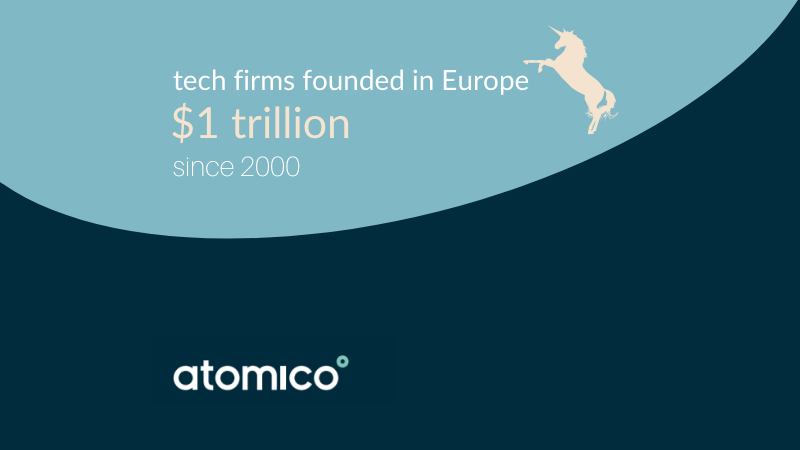 In a year defined by COVID-19 and Brexit uncertainty Atomico’s State of European tech report, 2020 shows that while the sector has faced challenges European tech companies are on track to set a new investment record of $41bn of capital invested in 2020.

With 115 venture capital-backed ‘unicorns’, with a valuation of more than $1 billion, the total valuation of tech firms founded in Europe since 2000 has grown to nearly $1 trillion.

September 2020 saw $5bn invested into European tech companies — a new record. The size of seed rounds has increased significantly across the last few years, from a median of $0.7m in2016 to $1.2m in 2020. This reflects the fact that leading seed investors are raising larger and larger funds, as well as the arrival of leading US VCs that are participating at the seed level in Europe. Series A rounds are also increasingly getting bigger: the median Series A in 2020 was $6.6m, up from just $3.9m in 2016. Looking at country-by-country trends on a year-by-year basis, France is the only one of Europe’s three largest markets to grow in2020.

However, the European sector needs to grow further to catch up with other regions. Although Europe accounts for around a quarter of global GDP, it only makes up 13% of global venture capital (VC) invested in tech.

Total capital invested in the NorthAmerica, was $141bn in 2020, nearly 5x the level of investment in Europe.

1.    London remains Europe's hub in terms of capital invested in 2020. The city has attracted$34bn in investment since 2016. After France’s record year, Paris has cemented its position as Europe’s number two hub — attracting $3.4bn in 2020 and $11.7bncumulatively since 2016. For the first time, Berlin has not featured in the top three — instead, Stockholm takes third place, helped by two of the years largest rounds of investment raised by Klarna ($650m) and Northvolt ($600m).

2.    Central and Eastern European companies continue to be underserved in terms of VC investment. The region has significantly more companies that have developed leading mobile applications than the amount of VC investment they’re provided with, showing that the area has a deep talent pool but lacks investment.

4.    While Europe still lags North America by five to one in terms of dollars invested, the amount of institutional money flowing into venture capital has grown threefold over the last five years. Atomico estimates that Europe’s 24 biggest tech firms have created a network of more than 3,000 founders of new companies. Unsurprisingly, health tech startups have had a record year in 2020., particularly in AI-based diagnosis and remote primary care. European fintech companies raised more in2020 than any other industry. This was driven by a number of huge rounds raised by Europe’s largest fintech.

6.    Health tech has emerged as a winner from the pandemic, attracting a record $3.2billion in the first nine months of the year, while enterprise software and fintech have done well. Online events platform Hopin recently became the fastest European company to top a $1 billion valuation, after only 17 months, data platform Dealroom. co says. Although travel tech has been hit hard by lockdowns, Berlin startups GetYourGuide and Omio attracted fresh funds from investors taking a view that they will prosper once the pandemic passes.

Europe notched up 32 initial public offerings by technology firms through October, with just three-valued above $1 billion, overshadowed by outsized tech IPOs in the UnitedStates. Larger firms still gravitate towards New York to float, in leakage of value to U.S. markets. Yet the well-received IPOs of The Hut Group in London and Allegro in Warsaw show local markets are still open. The European IPOpipeline looks promising for 2021, said Tom Wehmeier (Atomico), while other routes are also gaining traction. These include being taken over by bigger tech players, by older firms seeking to innovate, and by private equity funds that have been doing an increasing number of big-ticket deals.