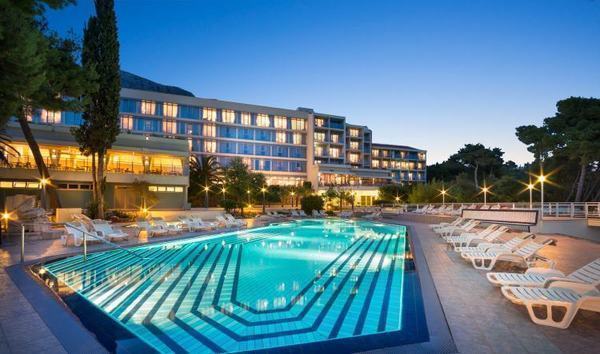 Prosperus successfully and profitably exited its investment in tourism amidst the pandemic, which hit the tourism business the hardest.

Laguna Novigrad d.d., one of the leading tourist companies in Croatia operating under the Aminess hotels and campsites brand, has signed an agreement to take over Dalmacija hoteli d.o.o., which is the majority owner of companies HTP Korčula and HTP Orebić.

Dalmacija hoteli was established by the Prosperus FGS (Economic Cooperation Fund), a private equity fund managed by the fund management company Prosperus-Invest. Prosperus FGS is currently in its final disinvestment stage, realising the exits of the remaining companies in its portfolio. Prosperus FGS established Dalmacija hoteli to acquire the majority stake in two Croatian hotels, HTP Korcula and HTP Orebic, as part of a pre-bankruptcy settlement in 2014, thus avoiding the bankruptcy of two major hotel companies in southern Dalmatia.

The transaction value is 140 million HRK (approximately 18,7 million EUR), which will be provided by Laguna Novigrad by recapitalizing the indirect majority owner, the company Auctor Holding from Prague, which is owned by Oleg Uskokovic and J&T Private Equity Group Croatia Investments from Prague. The right to participate in the recapitalization of Laguna Novigrad will be enabled to other shareholders in proportion to their participation in the companies' share capital.

Prosperus was initially negotiating with a strategic partner, Imperial Riviera from Rab, Croatia.  Imperial Riviera made a binding offer in September 2020 for Peljesac hotels only, but then an ambitious buyer from the tourism sector, Laguna Novigrad, appeared, enabling Prosperus to disinvest both Southern Dalmacia hotels.

Laguna Novigrad aims become one of the Croatia's top five hotel groups, and it is confident to be able to achieve this objective considering the hotels’ capacities and development potential.

“With this acquisition, HTP Korcula and HTP Orebic get a quality and proven partner that will ensure the continuation of successful business and added value for destination development. The takeover itself is coming, in a difficult time for tourism that we have not witnessed since the Homeland War, but it also shows the confidence of investors in the long-term perspective and sustainability of Croatian tourism. We are focused on achieving the synergy effects of united companies as soon as possible and preparing for the next, in many ways, challenging season. The goal is to connect and jointly develop both destinations in order to get the best possible tourist and economic effect, and preserve jobs in a region where tourism is one of the most important industries. The task is not simple, but we believe in the quality and potential of Korcula and Peljesac", said Zrinka Bokulic, CEO of Laguna Novigrad,
With regard to the acquisition of a majority stake in the companies HTP Korčula and HTP Orebić, Laguna Novigrad will announce a mandatory offer to take over the remaining shares within the prescribed period.

The companies owned by Dalmacija hoteli have 7 hotels, an apartment complex and a camp with mobile homes with a total capacity of 1.000 accommodation units, while 6 hotels, 3 camps with mobile homes and a complex of villas in Istria, Kvarner and Dalmatia with a capacity of 3.850 accommodation units already operate under the Aminess brand. The combined companies employ more than 800 workers, and last year they realized about 1,43 million overnight stays with a revenue of 440 million HRK (approximately 58,7 million EUR).

Aminess recently expanded its business to the island of Krk by taking over the management of the tourist company Hoteli Njivice d.o.o., whose ultimate majority owners are also Oleg Uskoković and J&T Private Equity Group Croatia Investments. The company consists of two hotels, a villa complex and a camp that now operates under the Aminess brand.

Prosperus is a member of the Croatian Private Equity and Venture Capital Association (CVCA) and we at CVCA congratulate the entire team at Prosperus for this achievement which was not obvious under the pandemic conditions and changed perceptions on the values of the tourism businesses.